Sean is a Rhode Island native and a graduate of Clark University, where he received his BA and MA in history, with a focus on the ancient world. He has been involved with the Center for Nonviolent Solutions since 2011, serving in programs for middle school students, high school students, and educators, and joined the Board in 2013. He currently works at the Genesis Club, a nonprofit organization that provides services to Worcester-area adults suffering from mental illness. Mukesh Baral is a founding President of Advocacy for Refugee and Immigrant Services for Empowerment (ARISE)–a nonprofit working for immigrants and refugees in Worcester. He has a Master’s degree in Conflict Resolution from the University of Massachusetts, Boston and Master’s degree in English Literature from the Tribhuvan University, Nepal. Mukesh was born and raised in a small remote village in eastern Nepal and educated in the capital of the country. He was a News Anchor and a Television Journalist, covering foreign affairs, prior to immigrating to the U.S.A. He researched, reported, edited, interviewed, produced and presented news at Channel Nepal Television, the first private television channel in Nepal. He wrote and reported extensively on the issues of Bhutanese and Tibetan Refugee in Nepal, the two prominent foreign affairs issues then. Fighting against injustice, and helping people caught in conflict find peace, has always appealed Mukesh. Masters in Conflict Resolution, and the desire to be a part of CNVS mesh neatly to his passion of wanting to be a part of the alternative dispute resolution momentum in the states. He currently works as an Education Coordinator for unaccompanied refugee minors at Ascentria Care Alliance. Prior to that, he was a Fellow for Center for Peace Democracy and Development, and a Research Assistant at UMass, Boston. During his college days, he worked as a Contributing Writer for the UMass newspaper writing extensively on political, social, and cross-cultural issues. He is a trained Mediator with an expertise in interpersonal and organizational conflict management. 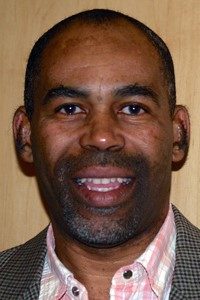 Michael is a native of South Africa and holds two masters degrees, in Religious Studies and in Psychology, both from South Africa-University of Westville and University of Natal. He has worked for African Constructive for the Resolution of Disputes (ACCORD), from 1998-2001. Michael has traveled extensively to African war-torn countries, including Zimbabwe, Sudan, Nigeria, and Zambia doing Peace Education. In addition, he worked with the Truth and Reconciliation Commission in South Africa, a court-like body assembled after the end of Apartheid. Anybody who felt they had been a victim of violence could come forward and be heard at the Commission. Perpetrators of violence could also give testimony and request amnesty from prosecution. Michael does consulting in the U.S. on Intercultural Conflict Management. He and his family live in Worcester, MA. 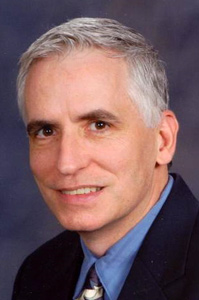 Ken has been an active member of his local community and church, including leadership roles in a variety of volunteer, church, political, and town organizations. He particularly enjoys challenging problems and helping organizations grow and thrive by thinking outside of the box.

His professional life has been almost entirely with his family business, a precision machining company located in Oxford. He has been able to grow his business by developing a culture of respect among his employees and managers. He has begun transferring ownership of the company to his employees via an Employee Stock Ownership Plan. He has three children and lives with his wife Diane in Oxford, MA.